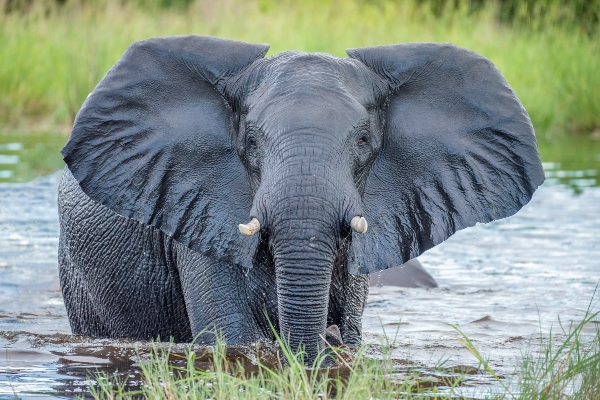 The deaths of around 350 elephants in Botswana’s swampy Okavango Delta region remain a mystery almost six months after large groups of the giant mammals started being found dead with their ivory still intact.

On September 21, scientists reported to the public that cyanobacterial neurotoxic – a water-based toxin also known as blue-green algae – was the cause of deaths, with the delay in diagnosis being blamed on the Covid-19 outbreak and subsequent lockdown hampering the investigation.

But it is not clear why the algae has suddenly become a problem in the delta.

Before September 21, suspicions were raised that the giant mammals were being deliberately poisoned in a country that has raised concern about its growing population of elephants and the increasing problem of human-wildlife conflict.

Botswana is home to the world’s largest elephant population, with around 130,000 individuals.

Under President Mokgweetsi Masisi, Botswana lifted the five-year trophy hunting ban introduced by former president Ian Khama, and auctioned off hunting packages in order to control the alleged over-population of elephants. (The hunting season coincided with the mysterious deaths of elephants in the Okavango Delta.)

After elephant carcasses were spotted dotting the floodplains, a decision was taken following a ‘high level meeting’ by several ministries to dispatch a multi-disciplinary team comprising veterinary epidemiologists, pathologists and a biologist to the affected area.

Samples were sent to laboratories in Canada, the US, South Africa and Zimbabwe, and a lot of theories were eliminated, including deliberate poisoning and the presence of anthrax in the soil.

Principal veterinary officer from the department of wildlife and national parks Dr Mmadi Reuben said they established that scavengers like vultures and hyenas who had possibly been feasting on carcasses later showed ‘clear signs of neurological symptoms’.

While cyanobacterial neurotoxic has been found to be the killer toxin, Reuben said there were still other questions remaining to be answered including: why only elephants were affected and why only those in specific areas.

Climate change has been cited by scientists as one of the possible causes for the algae growth.

Heat is a key driver in the growth of cyanobacterial blooms, and water temperatures in southern Africa are rising at twice the global average.