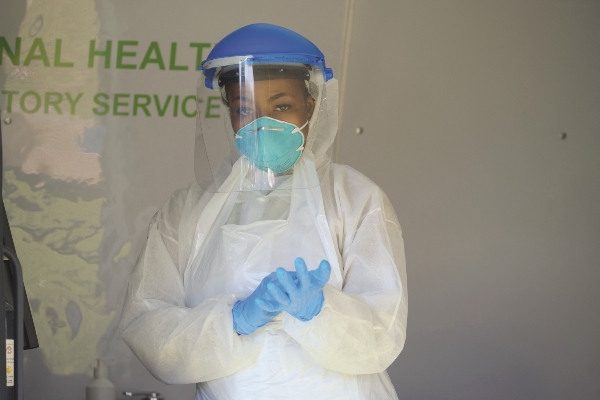 Leading scientists in South Africa believe the country may have accidentally established herd immunity to Covid-19.

The announcement by the country's leading vaccinologist, Professor Shabir Mahdi, follows an unexpected drop in the number of infections after a major outbreak in June and July.

Commenting on a series of studies that revealed the existence of high antibody rates in the Western Cape and Gauteng provinces, Professor Mahdi told Sky News that he believed the coronavirus had stimulated a level of immunity in approximately 12 to 15 million South Africans.

The findings support NewsAfrica’s investigations last month into the unexpected drop in infections across much of the continent, including South Africa.

South Africa was ranked as the world's fifth most-affected country at the height of its pandemic, behind only the US, India, Brazil and Russia - all of which have much larger populations.

A study in Gauteng, which is home to Johannesburg and the capital, Pretoria, revealed that approximately one in three people tested had some form of antibodies.

An earlier study in Cape Town had posted even higher levels of infection, with 40 per cent of respondents testing positive for antibodies.

South African researchers believe that the country's strict lockdown – imposed in March – inadvertently kickstarted a massive wave of infection in the country, as people massed in shops, spreading the virus, before the lockdown began.

Across the country, people were forced to queue for essentials like food and social security payments, creating what the virologist Dr Marvin Hsiao described as ‘new networks for the spread of the disease’.

He added: ‘When we analysed the data it become clear, this immunity within the population level linked to the big surge in infections is probably the main reason why we've seen the [recent] decrease of numbers infected.’

Speaking to Sky News, Professor Mahdi dismissed the notion of a second national lockdown, saying: ‘Under no circumstances is a lockdown on its own going to achieve elimination of the virus.’