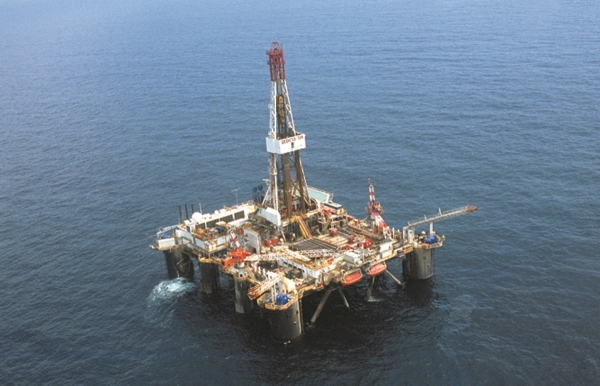 When the federal government launched the Economic Recovery and Growth Plan  (EARP) last year it aimed to address the limiting factors that exposed the economy to its worst crisis in more than 25 years, with a view to lifting it out of recession and generating 7.0 per cent growth by 2020. The recovery blueprint also aimed to diversify the economy away from oil while at the same increase crude production from 1.9 million barrels per day (bpd) to 2.5 million (bpd).

While some economists were concerned that the GDP projections were too high, others were worried that the ERGP might be undermined by poor delivery.  One year on the federal government has inaugurated what it calls “focus laboratories” to ensure that this will not be the case.

At the launch ceremony on March 13, President Muhammadu Buhari said: “Focus labs have been successfully used in other countries. The labs in Nigeria are designed as closed-door investment platforms to identify and accelerate high-impact projects with significant impact on GDP and job creation. The labs will also enable pre-screened private sector investors to have access to senior government officials, regulators, and cabinet ministers. The goal is to efficiently and effectively resolve the most pressing bottlenecks delaying their proposed investments.”

It is generally acknowledged that reforms under the government’s ERGP have resulted in significant strides in strengthening the business environment and bringing about improved governance. However, this has not yet boosted non-oil and non-agricultural activity and for this reason the labs will concentrate on agriculture, transportation, manufacturing, processing and gas and power supply.

Minister of budget and national planning, Udoma Udo Udoma, explained that the government is looking to mobilise at least $25bn in private investment. About 240 projects have so far been screened for the labs. “Many have asked whether we are not being too ambitious in targeting $25bn,” he said. “My answer is that we have no choice. We actually need multiplies of $25bn or its equivalent in naira, of new investments to create enough jobs to address the high unemployment rate in the country. So, we will not stop after the first set of labs, we will hold more labs and we shall keep on addressing all constraints to investments, until we achieve the goals we have set for ourselves.”

Higher oil prices are supporting the near-term projections, but medium-term projections indicate that growth will remain relatively flat, with continuing declines in per capita real GDP. The improved outlook for oil prices is expected to provide welcome relief from pressures on external and fiscal accounts, and growth will pick up to 2.1 percent in 2018, helped by the full year impact of greater foreign exchange availability and recovering oil production.

To restore growth, the ERGP focuses on achieving macroeconomic stability and economic diversification. Macroeconomic stability will be achieved by undertaking fiscal stimulus, ensuring monetary stability and improving the external balance of trade. Similarly, to achieve economic diversification, policy focus will be on the key sectors driving and enabling economic growth, with particular focus on agriculture, energy and medium and small business-led growth in industry, manufacturing and key services by leveraging science and technology.

The ERGP is seen as an investment in the Nigerian people by increasing social inclusion, creating jobs and improving the human capital base of the economy.

Targeted programmes aim to reduce regional inequalities, especially in the northeast of the country and the Niger Delta.

Interventions to create jobs are a core part of the recovery blueprint, particularly for young people. Aside from launching public works programmes, the emphasis will be on capacity building and skills training, especially in ICT and the creative industries. Greater effort will also be made to encourage youth to venture into labour intensive sectors such as agriculture and construction.

In addition, the federal government intends to meet the international targets set under the UN’s Sustainable Development Goals by improving the accessibility, affordability and quality of healthcare and rolling out the national health insurance scheme across the entire country. It will also guarantee access to basic education for all, improve the quality of secondary and tertiary education, and encourage students to enrol on science and technology courses.

Restoring Nigeria’s economic growth and laying the foundations for long-term development requires a dynamic, agile private sector that can innovate and respond to global opportunities. The ERGP aims to tackle the obstacles hindering the competitiveness of Nigerian businesses, notably poor or non-existent infrastructural facilities, and the difficult business environment. It will increase competitiveness by investing in infrastructure and improving the business environment.

The ERGP emphasises investment in infrastructure, especially in power, roads, rail, ports and broadband networks. Given the huge capital layout required to address the massive infrastructure deficit in the country, the private sector is expected to play a key role in this, either directly or in collaboration with the government under public private partnership arrangements.

Nigeria’s difficult and often opaque business environment adds to the cost of doing business and is a disincentive to domestic and foreign investors alike. The ERGP recognises that regulatory requirements must be more transparent, processing times must be faster and the overall economy more business-friendly. The ERGP will build on the efforts of the Presidential Enabling Business Environment Council and track progress using the metrics of the World Bank’s Doing Business Report. The target is to achieve a top 100 ranking in the World Bank’s Doing Business index by 2020 (up from the current ranking of 169).

To make the Nigerian economy more competitive in today’s global economy, the country’s industrial policy must be linked to a digital-led strategy for growth, says the government. By the same token, the ERGP will build on The Smart Nigeria Digital Economy Project to increase the contribution from ICT and ICT-enabled activity to GDP. The overall goals of a digital-led strategy for growth centre on the establishment of an ICT ecosystem in Nigeria. This is enabled through significantly expanding broadband coverage, increasing e-government, and establishing ICT clusters, starting in the special economic zones. The

government will focus on training IT engineers in software development, programming, network development and cyber security.