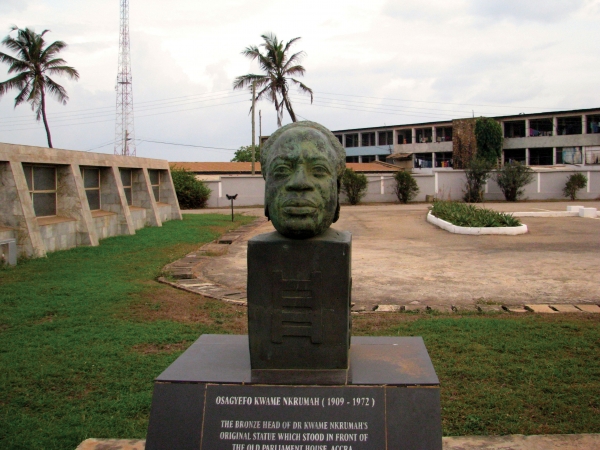 Drawn up after World War ll, the Universal Declaration of Human Rights was seized upon by Africa’s independence leaders to advance their cause. By Franck Kuwonu

African countries barely existed when the United Nations adopted the Universal Declaration of Human Rights in Paris, France, in 1948, three years after the end of the Second World War.

It was the first time an internationally agreed document unequivocally said that all human beings are free and equal, irrespective of their colour, creed or religion.

But then, vast swaths of the continent were under western colonial rules and just four African countries – Egypt, Ethiopia, Liberia and South Africa – were members of the UN.

All but South Africa signed the Universal Declaration of Human Rights that would later help propel individual territories, starting with Ghana, into nations and inspire the continent’s own charter aimed at ending abuses and ushering in democratic states.

Nearly a decade after its adoption, Kwame Nkrumah, Ghana’s founding leader, would echo the declaration as he celebrated his country’s independence after years of British colonial rule.

“At long last, the battle has ended. And thus, Ghana, your beloved country is free forever,” he told throngs of clamouring revellers at the Old Polo Grounds in Accra, the capital city, on March 6, 1957.

Thus, with his statement, Nkrumah channeled the overall principles of equality, freedom and justice for all people no matter where and who they are embodied by the declaration.

Such remains the significance of the event that the Old Polo Grounds, located a  walk away from the rumbling waves of the Atlantic Ocean, has since been turned into a public park hosting a mausoleum where Nkrumah and his wife’s remains have been interred. There is also a small museum dedicated to his role in the country’s fight for self-determination and the pan-Africanism movement.

“Let it [the West] today give proof of the principle of equality and friendship between races that its sons have always taught us as we sat at our desks in school,” he said at the University of Ibadan, Nigeria, an intellectual and academic powerhouse in colonial Africa at the time. It was a principle, he added, “written in capital letters in the Universal Declaration of Human Rights”.

Lumumba, who was overthrown and later assassinated as leader of the then Republic of the Congo (today’s Democratic Republic of Congo) within months of becoming its first leader, proclaimed: “Africans must be just as free as other citizens of the human family to enjoy the fundamental liberties set forth in this declaration and the rights proclaimed in the United Nations Charter.”

But even as the declaration was being adopted, it was paradoxical that its most enthusiastic supporters such as Belgium, France, Great Britain, Portugal and Spain, still possessed colonies in Africa where most people were subjects and not citizens. Congo’s former colonial ruler, Belgium, along with the US, was also implicated in Lumumba’s demise.

Nevertheless, the proclamation of universal equality, freedom and justice would have an impact on the history of the continent by strengthening the momentum toward self-determination . It would also inspire several liberation movements, including those involved in the fight against apartheid in South Africa.

The right to asylum, to freedom from torture, to free speech and to education are some of the 30 rights and freedoms contained in the Universal Declaration of Human Rights.

The document also addresses civil and political rights, including the right to life, liberty and privacy in addition to economic, social and cultural rights.

It set the basic standards of individual rights and, along the years, inspired several human rights legislations across the world, including the Freedom Charter in South Africa.

It is notable that of the four African member states of the UN in 1948, South Africa was the only one not to have signed the declaration. Its refusal was an indication of the profound contradiction between their apartheid project and the declaration.

In retrospect, it appears to have foreseen the potentially disruptive nature of the impact of the document on the prevailing political situation in the country as racial discrimination and segregation, – apartheid – were institutionalised in the country in the same year the Universal Declaration of Human Rights was adopted.

Unsurprisingly, anti-apartheid activists would draw from the spirit of the declaration in their fight against apartheid when, in 1955, “people from all walks of life [would meet] as equals, irrespective of race, colour and creed, to formulate a Freedom Charter for all people in the country,” according to the then president-of the African National Congress, Albert Luthuli.

Luthuli, described by the Nobel Foundation as “the leader of ten million black Africans in their non-violent campaign for civil rights in South Africa”, would become Africa’s first Nobel Peace Prize laureate in 1960.

Africa’s independence leaders framed their quest for self-determination as demands for justice, equality and dignity for all, yet the first two decades of independence were routinely marked by human rights violations. In most countries but not all, authoritarian or single-party regimes had replaced elected ones.

“African governments appear clearly to have sacrificed rights and freedoms for the sake of development and political stability,” Keba Mbaye, one of the future architect of the Africa’s own rights charter stated.

In an attempt to address this, the continent adopted the Charter on Human and People’s Rights which came into force in October, 1986. The charter purports to promote human rights from an “African perspective”, including collective political rights and the right of national self-determination.

“The committee that drafted the charter was guided by the principle that it should reflect the African conception of human rights [and] should take as a pattern the African philosophy of law and meet the needs of Africa,”Amnesty International observed in an educational publication about the charter.

Over the years, the overall principles of freedom, equality and justice embodied by the declaration would continue to fuel popular demands for democracy and accountability from authoritarian or single-party regimes that drifted from the ideal of free and prosperous independent African countries.

The UN’s declaration “has empowered millions to march, to come together and to build progress,” inspiring “women and men to demand an end to discrimination, tyranny and exploitation”, Bachelet added,

In several countries across the continent, including Cameroon, Democratic Republic of Congo, Gabon, Gambia, Kenya, Niger, Madagascar, Mali, Senegal, Tanzania and Togo, people regularly took to the streets to demand equality, fairness, justice and dignity over the last two decades.

Under popular pressure, many African countries moved away from authoritarian regimes and opened up their political space. Competitive elections are held even if not always deemed free and fair. And progress has been made in relation to freedom of speech and association with vibrant civil societies advocating from transparent and accountable governments.

“We still have a long way to go,” Bachelet noted. “But in the past 70 years, humanity has moved a thousand steps forward.”

From colonies to independent states and later to more open and pluralistic societies, African certainly has moved forward.