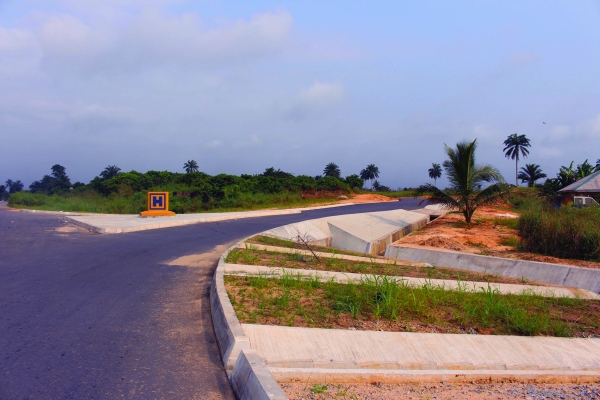 The government of Akwa Ibom State in southern Nigeria is embarking on an aggressive road construction programme to open up the state to investors.

For close to 50 years since oil production started in the coastal regions of what is todays’s Akwa Ibom State, the story of an area, commonly known as Eket senatorial district, has been one of neglect. Although, ExxonMobil, the US oil company built its operational facilities (including an airstrip) in Ibeno, the area has been bereft of  basic infrastructural development like roads.

The road from Aba to Ikot Abasi which passes through Ukanafun was impassable. The link from Uyo, the Akwa Ibom State capital to Eket, the main town in the region, was also not fit for purpose. On the eastern flank, Oron, a coastal town steeped in history, was not linked to Calabar, less than 50km away. Even the road from Eket to Mobil’s oil facilities at Ibeno, a mere 19.5km away, was a pothole-ridden country lane.

However, since May 2015 when a new government took over the state, the area has undergone an infrastructural transformation as a result of a deliberate policy to focus on ‘economic roads’.  Ephraim Inyang-Eyen, the state’s commissioner for works, said the government wanted to to build roads that would help transform the state’s economy from a civil service base to an industrial one. “We will not build any road that will terminate in the middle of nowhere,  but we will have a network of roads that chiefly will attract investors,” he said.

That policy naturally benefits Eket senatorial district, which accounts for almost one third of Nigeria’s oil production of 2.4 million barrels per day, sits on the Atlantic seaboard and is strategically located in the resource rich Gulf of Guinea. The Eket Ibeno road is the first project to be executed under the policy. It is a dual carriageway which connects the town of Ibeno and Exxon Mobil’s operational base with the rest of the state. The state government says it has spent N26bn ($71.4m) so far on the project. Another key project is the 55.1km  Ibaka Super Highway, which will open up a link to the Ibaka deep seaport, a key maritime economic project which the government is pursuing with vigour. The road will be built under a private public partnership arrangement and will be tolled, according to Inyang-Eyen. It will also open up access to four different local government areas (Eket, Esit Eket, Ibeno and Mbo) along the Atlantic coastline.

Already, the 5km Mkpok-Ukat road has opened up access to the beach in Onna local government. The commissioner explained that the government will not wait until it is confronted with a problem before tackling it. “Ours will be a clear departure from the experience of traffic gridlock such as is happening in Lagos Port due to narrow roads,” he said.  “Consequently, we have decided to think ahead considering all variables.” The administration has also focused on internal roads in Eket and Oron to improve the business friendliness of the towns.

Eket senatorial district is not the only area to benefit from the government’s road programme. Across the state, 1,071km of road, from single lane country roads to dual carriageways, have been completed or are on-going. These include the 19km Ikot Oku Ikono-Etinan road and the 29km Etinan-Ndon Eyo road. New projects coming on stream this year include a road linking the airport to Eket senatorial district and the Abak Ekparakwa Ete road.  Both of them will be dual carriageways.

The pace of development has transformed the economic potential of the state leading the Nigerian Bureau of Statistics to name Akwa Ibom as the”most investor friendly state in Nigeria”. This endorsement must delight the administration as this is exactly what it intended.

To this end, the past three years of budgetary allocation has seen the works ministry taking the lion’s share. In 2018, N211.4bn has been earmarked for the construction of new roads and the rehabilitation of existing ones. The focus on existing roads is important because most of them are in a poor condition, reflecting lack of sustained maintenance.  The poor state of roads has hindered the free flow of commerce and also increased cost of doing business in the state.

Rural roads are also getting attention to boost the state’s agricultural productivity. At least 15 key communities in Nsit Atai, Ibesikpo and Ikot Abasi local government areas in what forms the state’s agricultural belt have benefitted from a network of rural roads. These have saved farmers from the losses caused by delays in getting fresh food to the markets in Uyo, the capital, and other urban centres. Ubong Akpan, a graduate of English and literary studies, based at Etinan (a few kilometres  from Uyo), said  that he is able to make deliveries of his poultry produce to Uyo within 30 minutes and return back home in good time for other engagements. A few years ago, the same journey would have taken him two hours on bumpy roads.  “I graduated from the university seven years ago and started this business when a job was not forthcoming four years ago,” he explained. “But I couldn’t extend my supply chain to Uyo  because the roads were in bad shape and the cost of transporting my product to the city made it an expensive venture. My profit margin was quite minimal, sometimes eroded. Today I am happy I can deliver to anywhere my products are needed with a comfortable margin of profit.”

It is not all kudos from the administration. Work on roads in Ukanafun and Oruk Anam areas of the state have been unduly long. In fact, the government had to cancel the contract for the construction of the Ikot Ekaide-Ikot Okoro-Ikot Ibritam road because of slow performance. Another key road, the Ikot Ibritam-Mbiaso-Ekeffe road in Oruk Anam, is in a worst state than when construction work started.

Alphonsus Ukpong a civil engineer in the state, believes the road projects in the area are under-funded. He is certain that no construction firm would deliberately bid time on a project that has enough money behind it. In the case of the road for which the contract was terminated, Inyang-Eyen said the contractor has assured the government that he had the funds to complete the project. Inyang-Eyen says he will continue to pressurise them to increase their pace of work, warning that the government will no longer countenance construction delays.

In order to address the funding issue, the government has developed the Alternative Project Funding Approach whereby contractors/investors embark on projects and get paid directly from by the government’s bankers when they reach a milestone of 50 per cent. The administration is also hopeful the federal government will refund the more than N140bn spent by the state on the reconstruction of federal roads. This would be then ploughed back into the road development programme. In the meantime, the on-going 50 road projects, when completed, will contribute to keeping the state at the top of Nigeria’s investment friendliness index.