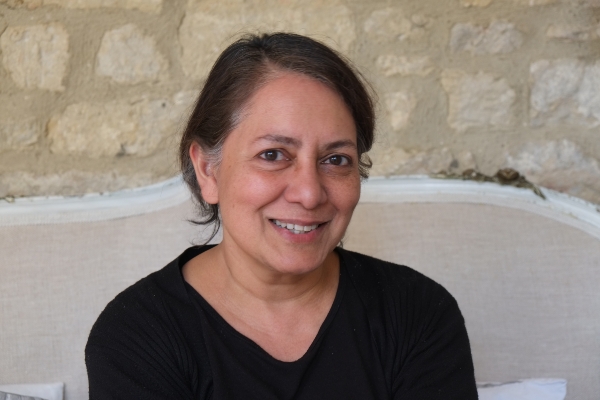 NewsAfrica cuts through the media hysteria and gets the lowdown on lockdowns, Covid-19 antibody tests and herd immunity in this Q&A with Professor Sunetra Gupta, a world-leading expert in theoretical epidemiology at the Department of Zoology, University of Oxford.

Q: Why are infections and hospitalisations falling across much of Africa when lockdown measures are being eased, or, in the case of Tanzania, never imposed at all?

A: It’s hard to think of any other explanation than the build-up of population-level immunity, also known as ‘herd immunity’. Social distancing may accelerate the decline.

Q: What percentage of the population needs to be infected for herd immunity to kick in?

A: This depends on how many people were resistant to the virus to start with.

Several studies suggest that previous exposure to seasonal coronaviruses [such as common colds] confer a degree of protection, and this can bring down the percentage that needs to be infected quite considerably, such that antibody levels of 15-20 per cent may be sufficient to reach what is known as the herd immunity threshold.

Q: Will exposure to the virus show up in antibody tests?

A: Antibody tests are highly variable in their specificity and sensitivity.

We now know that not everybody who is exposed makes antibodies, and also that they decay quite quickly.

This makes it difficult to interpret the results [of antibody studies].

There are, of course, reports of 40-50 per cent or even 70 per cent antibody positivity in certain populations which suggests that they were recently infected and have probably overshot the herd immunity threshold.

Q: Why do governments not test for the full range of antibodies, such as IgA antibodies and T-Cells?

A: It’s very difficult and expensive to test for T-cells.

IgA tests in saliva are being trialled.

Q: Given that studies found 12.3 per cent of people in Blantyre, Malawi, had IgG and IgM antibodies alone, what percentage of Malawians are likely to have had the virus and be protected by IgA antibodies and T-cells too?

A: I think most of these numbers have gone up since the study was conducted, but I imagine that we should expect similar levels of antibodies as Stockholm [where infections have disappeared through apparent herd immunity].

Q: How realistic was the concept of ‘social distancing’ for Africa, given its mega-cities and slums?

A: I think it’s totally unrealistic and can have devastating consequences for society [poverty, hunger etc], as we have clearly seen.

Q: Why have Africa’s health systems been able to cope better with the pandemic than rich nations, such as the UK, Italy and Belgium?

A: Part of it is down to the age structure.

We know that the risks are very low in people under the age of 65.

It could also be that exposure to other pathogens, especially other coronaviruses, is higher in Africa.

Q: Is talk of a second wave just media hysteria?

A: Lifting of lockdown in areas where the virus has not spread can of course result in a rise in infections.

Hopefully we will not see this in Africa.

Many pathogens exhibit seasonal increases over the winter months, this may be what is happening now in the UK, so it is likely that cases will rise again next winter in South Africa and elsewhere in the southern hemisphere, but this is just normal behaviour for a respiratory pathogen.

In a few years, we may get another real, wave due to the loss of immunity, as we see with other coronaviruses, but hopefully this will not cause a lot of excess mortality as you are often protected against severe disease and death in your second infection.