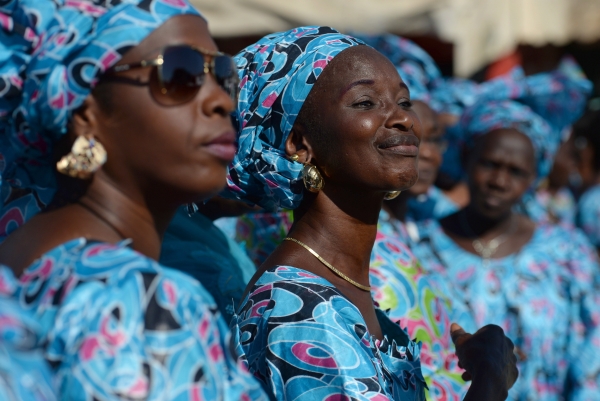 African migrants are keen to retain their cultural values abroad but their children struggle over identity. Sharon Birch-Jeffrey reports from New York

To experience a taste of African culture deep inside the Big Apple, visitors turn to Little Senegal, a West African neighbourhood in Harlem, New York.

Malcolm Shabazz Harlem Market bestrides a wide city block. There, master tailors are busy sewing all manner of African wear: the flowing robes of the boubou and agbada, stylish dresses made from kente cloth, sarongs of kitenge and the ever-popular dashiki. Maasai beads, crafts and leather products overflow in traditional baskets, imported from the homeland.

There were about 2.1 million African immigrants living in the US in 2015, up from just 816,000 in 2000 – a substantial increase from 1970, when the US was home to only 80,000 foreign-born Africans, according to a Pew Research Centre analysis of US Census Bureau data. Millions of immigrants have left Africa since the turn of the century, many going to Europe and the US. One factor behind this recent wave is the Refugee Act of 1980, which made it easier for those fleeing conflict-ridden countries like Somalia and Ethiopia to resettle in the US.

With a dream of improving their families’ well-being, many of these immigrants acquire higher education, get well-paying jobs or become entrepreneurs. Like many immigrant groups, Africans want to ensure their children do not replace their traditional values with foreign ideas.

“When they are in my house, it is the Gambia. When they are outside, they have free will,” said Dembo Jaebeh, a tailor, referring to his three children, aged 21, 18, and 16, who relocated to the US from the Gambia four years ago.

Jaebeh, who has lived in the US for 14 years, says that being part of a close-knit community as well as having extended family to rely on helps immigrants like him preserve African beliefs and values.

British-born Christabel Nsiah-Buadi, whose parents migrated to the UK in the ‘80s, received significant support from her UK extended family as well as the African community there. She is the producer and creator of the online TV series The Media Disruptors.

Arao Ameny’s mother always worried that she would lose her Ugandan identity after she arrived in the US in the 1990s. “My Ugandan mother told me every single day since I came to America: ‘You are a black African and you are Ugandan. Do not forget where you come from. Home is Uganda,’”  Ameny, a graduate student and instructor at the University of Baltimore, Maryland, recalled.

While many African migrants would like their children to develop a strong bond with Africa, achieving this can be problematic because some parents do not understand that their children face an identity crisis surrounding negative perception of Africa.

Nsiah-Buadi remembers that as a teenager in the UK, she faced difficulties understanding her identity.

“I went to school knowing if I behaved within English cultural norms, I would stay out of trouble, then go home and follow my Ghanaian parents’ rules,” remembered Nsiah-Buadi. Her sister, Phyllis, who had come to the UK at the age of eight, was better able to handle the bullying in school.

“As a child of immigrant parents from Africa, you are constantly straddling two worlds, reconciling, negotiating and trying to make sense of both worlds,” noted  Ameny.

She felt that immigrant children who migrate at an older age tend to maintain their parents’ traditions more than those who migrate as children or are born in foreign lands.

Older children tend to forge dual identities, while younger ones may quickly reject their parents’ customs and languages as they assimilate in American schools and with friends.

Seventeen-year-old Brigitte Fofana, who was born in the US to a Guinean mother, is not keen on cheb jen, a West African dish of rice and fish. She is not fond of African music either and sees no need to wear African attire in New York. She is not alone. Lots of American-born children of immigrants feel the same.

But African-born parents are not about to give up the culture struggles. The jury is out as to how successful their efforts will be.