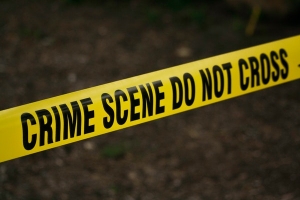 The mysterious deaths of some of Liberia’s most high-profile financial professionals in October have gripped the tiny nation of less than six million people.

The publication of an official report into the killings was delayed last month, leading protesters to cry foul over the mysterious circumstances in which the four men died.
The dead include the head of the Internal Auditing Agency, Emmanuel Barthen Nyeswa, who was reportedly leading a team looking into the government’s handling of Covid-19 funds.
Nyeswa’s body was found beneath his balcony on October 10, just eight days after the bodies of two other senior auditors, Albert Peters and co-worker Gifty Lama, had been discovered in Peters’ vehicle in the busy banking district in the capital, Monrovia.
Nyeswa’s family described the senior civil servant as a man who fought tooth and nail to assist the government in clearing its payroll of ghost workers.
They described Nyeswa’s death as ‘sudden and tragic’, adding: ‘He was selfless; spent a lifetime of service giving back to the people of Liberia.’
The other dead auditors, Albert and Gifty, both staffers of the government revenue department, known as the Liberia Revenue Authority, were also said to have been engaged in the audit of government accounts at the Central Bank when they met their end.
A large crowd of curious people gathered as police removed the bodies to a hospital and then to a mortuary.
Confused and grieving familymembers including Peters’ wife Beatrice and Gifty’s husband Sylvester cited foul play and accused state security of initially denying them access to the bodies.
‘They were murdered,’ Sylvester Lama told the radio phone-in show 50-50.
‘And our request for an independent autopsy has been denied.’
When Lama insisted an independent autopsy be done on his wife’s body, the government said that Lama would have to foot the $30,000 bill.
His inability to pay meant government-hired pathologists conducted the examinations.
The police’s preliminary investigation into the deaths had barely progressed when news broke that another staffer of the revenue department, George Fanbutu, had been killed in a car crash in the eastern suburbs of the capital.
Police said it was a normal road accident.But a Facebook post that went viral immediately after the incident quoted eyewitnesses as saying the man had been attacked with machetes by two menchasing him on a motorcycle.
Conspiracy theories surrounding the deaths of the four men have been heightened by the government’s failure so far to release the outcome of autopsies done on the bodies.
Police spokesman Moses Carter said it was going to take two weeks to release the reports to the public.
But while a government statement announcing the autopsies had been completed and reports sent to the Minister of Justice, the findings have yet been made public as scheduled.
Information Minister Ledgerhood Julius Rennie was quoted by state radio on November 19 as saying officials were in the ‘concluding stage’ to release the much-anticipated autopsy reports.
There is public anger that the autopsy reports had not been released prior to families interring the remains of the dead.
The head of the Internal Auditing Agency and auditor Albert Peters’ bodies were buried on November 14.
The other bodies were interred by relatives.Last year, a senior analyst with the Central Bank of Liberia was found dead ahead of an investigation into government’s use or misuse of $25m withdrawn from the country’s national reserve.
A police investigation said the man, whose body was found next to his vehicle, had been killed in a hit-and-run.Investigation into how the $25m was actually spent has remained inclusive.Concerned Liberians have taken to the capital over the deaths.
On November 16, riot police were deployed at intersections and strategic places in Monrovia to prevent a protest by a pressure group called The Council of Patriots, angry about the government’s failure to release the autopsy reports.
Police authorities said the organisers had not been granted permit to gather in the streets. However, protesters argued that the constitution allows for free assembly of citizens to vent their frustration in a peaceful manner.
Security analysts believe the unexplained deaths could hamper Liberia’s chances of attracting foreign investments at a time when youth unemployment is at a historic high.
The mysterious deaths have also raised serious concerns among human rights’ groups about Liberia’s future.
‘It’s very unfortunate that after over 13 year of peace under a democratic government, Liberia is facing again a state of insecurity at this time,’ said Adama Dempster of the Civil Society Human Rights Advocacy Platform of Liberia.
‘The general security situation in the country is totally fragile.’
Read more...
Subscribe to this RSS feed